Message in a bottle

If you’re seeing this, I’m probably dead, but just let me tell you…

I think I’ve been on this island for over three… four… years, I don’t quite know the time. But I have no hope of leaving alive so I’ll tell you the following… I woke up here with nothing and no idea of survival so, I thought of building a shelter as soon as possible before I could explore deeper on the island. I pitched a tent and tried to make fire… and I managed to continue surviving. So, as time went by I no idea of ​​time, but after that I’ve just continued exploring the island and found more resources to try to live as long as possible, but now with nothing I’m just sitting writing on a random paper. 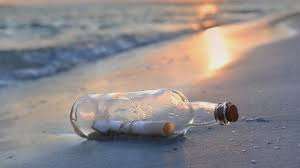